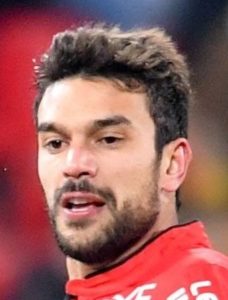 Oussama Haddadi is a professional Tunisian footballer bor on January 28, 1992.

He plays as a defender for Dijon and the Tunisian national team.

Oussama Haddadi joined the Ligue 1 side Dijon on January 30, 2017 while signing a two and a half year contract with the club.

Haddadi made his international debut against Japan on March 27, 2015. He was named in Tunisia preliminary 29 man squad for the 2018 world cup in Russia and was subsequently in the final 23.

Haddadi who is currently not married also enjoys other lifestyle apart from football.