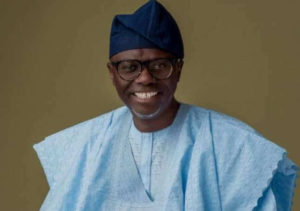 He is from a Christian family and an entrepreneur turned politician with vast experience in both the public and private sector.

He also has an enviable background in the private sector with almost ten years experience in the banking sector having contributed to the growth and development of Lead Bank plc, UBA and First Monument Bank. 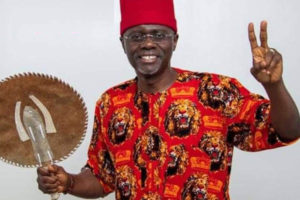 Sanwo-Olu is one of the aspiring governor of Lagos state under the All Progressive Congress (APC) party alongside the incumbent governor Akinwunmi Ambode.

Here are the 10 other interesting things you don’t probably know about him.

1. Sanwo-Olu is a native of Lagos state.

2. He obtained a bachelor’s degree from the University of Lagos and also an MBA in surveying from same university.

4. He is married to Dr C. Ibijoke Sanwo-Olu and their union is blessed with 4 children.

6. He was appointed special adviser on corporate matters by the then Deputy governor, Femi Pedro in 2003.

7. He was appointed commissioner for Commerce and Industry in 2007 during Bola Tinubu Era.

8. He also served as Babatunde Fashola’s commissioner for Establishments, Training and Pension between 2007 and 2015.

9. Sanwo-Olu is an associate member of the Chartered Institute of Personal Management (CIPM) and fellow of the Nigerian Institute of Training and Development (NITAD).