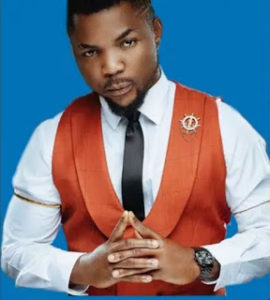 Musical Taliban, Oritsefemi Majemite Ekele popularly known as Oritse Femi, is a Nigerian singer, song writer and performer who has carve aniche for himself in the music industry.

Oritse Femi who was born and raised in Ajegunle area of Lagos state, originally hails from Itsekiri tribe of North Warri in Delta state.

He is the third child of his mother in a polygamous family of 25.

He attended Army children school and Randle secondary school for his primary and secondary education.

He started to study law at Delta state university in Abraka but dropped out to focus on his music career.

Oritsefemi who drwas inspiration from the likes of afribeat legend Fela Kuti, Daddy Showkey, Sizzla Kalonji among many others, started his musc career in the church where he was part of the Ajegunle based Cherubim and Seraphim choirs.

He also started performing at parties and social gatherings of which he recorded his first song “Boys Dey Binu”.

At that time, he got the attendtion of the Ajegunle music audience with the single “Flog politician” and “Elewon”.

Oritse Femi rose to fame with the remake of Fela Kuti’s song “Double Wahala”. The song soon became an anthem among the streets of Lagos.

Photos of Oritse Femi and his lovely Wife, Nabila Fash 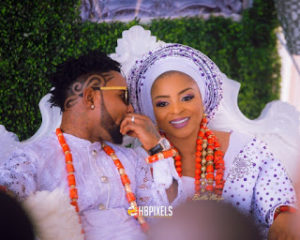 Oritse Femi who already has two daughters, Patience and Esther out of wedlock, got married to his beautiful wife, Nabila Fash on November 25, 2017 in Lagos.

He has alos been nominated for Male artist of the year and Best new act at 2014 Nigerian Entertainment awards.

The street sensation already has endorsements with top brands.

He own several cars and also a house in Lekki worth millions of naira.