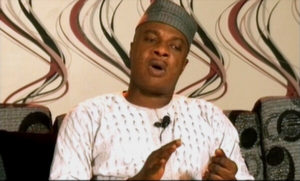 Olaiya is well known for his comical roles in Yoruba movies.

He is not only unique with his tribal marks, he is an amazing talent that has a carved a niche for himself in the movie industry.

Oloyede was inspired to act after watching one of the films of the late Adeyemi Afolayan tutled “Maaramo”. It was like he has never watched a film star having tribal marks. He acted perfectly well without paying attention to the marks on his face. At that point, he decided to become a theater practitioner.

Olaiya Igwe as fondly called, started acting after joining Musbau Shodimu Theatre Organisation based in Abeokuta in the 1970s.

He has got nominations such as City People Movie Award for Comic Actor of the Year (Yoruba).

Olaiya Igwe has a son named Ridwan Oloyede, who his pursuing his music career in N ew York. It was also reported that he has a mansion in his home town, Ogun state.