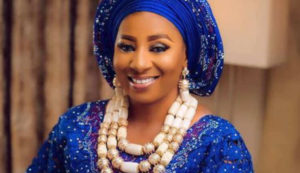 She’s quite beautiful and talented with features in several nollywood movies inclduing Trust, Omo oku orun, Eru Eleru, Arewa and so on.

Here are 5 ther interesting facts about her

1. She is the daughter of the late actress, Funmi Martins who died in 2002 from cardiac arrest.

2. She got married to her mother manager, Afeez Owo Abiodun.

3. The couple is blessed with two children.

4. Mide Martins separated from her husband but later reunite in 2016.

5. She has been nominated for several awards including Best supporting actress at City People entertainment awards.

Mide Martins pictured with her Husband and two daughters 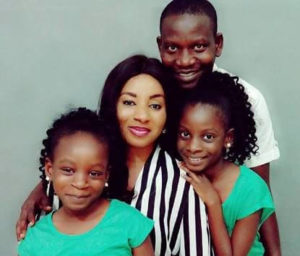 The beautiful actress was also a model for Mercy Aigbe‘s fashion line, MagDivas, became the model of another fashion line, Zanzeebeauty and style. 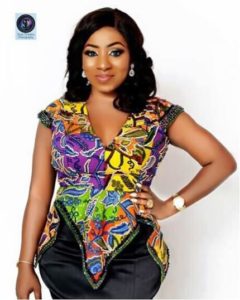 It was made known that the Mide and Mercy Aigbe were best of friends until they suddenly stop being close friends.

7 thoughts on “Mide Martins Bio: Age & 5 Things You Don’t Know About Her”