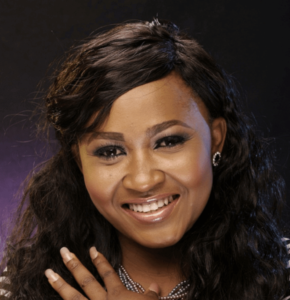 She originally hails from Nsukka, Enugu state and she’s the sixth child in a family of 8.

She obtained a diploma in Computer science. She studied English language at Lagos state university and also a production course at the London film academy, UK.

She’s beautiful and talented as shown in most of her roles in movies notably in that of husbands of Lagos.

Her exceptional roles has distinguished her from the rest, she acts, produce and direct.

Mary has been able to balance her marriage life with her work as an actress.

The beautiful actress cited Emem Isong as her role model and adore the work of Anthony Hopkins as a compelling story teller. 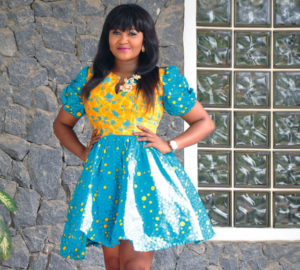 Njoku eventually joined the the Nigerian movie industry known as Nollywood in 2003 at the age of 17.

She made her acting debut in 2004 with a role in the movie “Home Sickness” where she starred alongside Chioma Akpotha.

Njoku rose to fame for her role in the blockbuster movie “Blackberry Babes”. Some of her interesting roles inlcude; Hazeezat in the movie “Hazeezat”, Annie in “Husbands of Lagos”, Faith in “Stranger in my bed”, Tochi in “Single Ladies” and so on.

Remmy Njoku launched Roc Studios, a movie production company, in August 2013. She produced her first TV series “Festac Town” which was followed up with others such as “Single Ladies”, “Body Language”, “Losing Control” and so on.

She has starred in over 50 nollywood movies such as Stand of fate, critical truth, sins of the past, to mention a few.

The wedding which was anchored by the Nollywood comic actor, Charles Inojie, was attended by several celebrities which include Mercy Johnson, Mercy Aigbe, Oge Okoye, Emem Isong and so on.

Their union is blessed with three children. They welcomed their first child, Jason Obinna Njoku on July 30, 2013, their second child , Nwakaego Annabelle Njoku on August 24, 2015 and the third child on August 4, 2017.

Mary Remmy Njoku is one of the talented actress who has been recognised for her intriguing roles. She has got numerous nominations for her effort such as:

Mary Remmy Njoku is one of the most influential Nigerian actress and movie producer with an estimated net worth of $500,000.