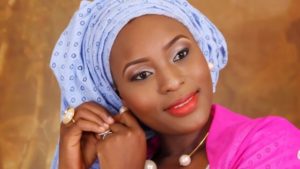 Mansura Isah is a former Kannywood actress and director born on February 25.

She has a sister named Maryam Isah, who is also a popular Kannywood actress.

Mansura Isah is a beautiful and talented actress who started her career as the first Kannywood female video director before delving into acting in the late 1990s.

Mansura left the acting scene to settle down with her husband, Sani Danja who is also a popular actor. They got married in 2007 and their marriage is blessed with four children, Khadijatul Iman, Khalifa Sani, Yakubu and Yusuf.

Mansura has starred in numerous movies such as Yan Mata, Gurnani, Jurumai, Zazzabi, Turaka and many others.

Mansura Isah is the founder of Toay’s Life Foundation and also focus more on writing movies for producers which she get paid for.