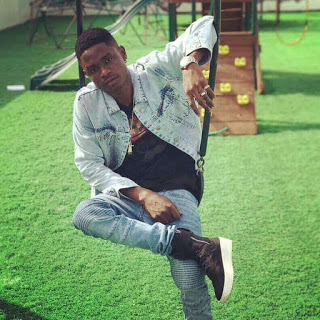 Lil Kesh, born Keshinro Ololade on March 14, 1995, is a Nigerian rapper, singer and song writer who quickly gained  attention of most Nigerian universities after releasing his first single “Lyrically”.

Lil Kesh rose to fame after dropping his smash hit single “Shoki”, a song accompanied with a special dance moves with both young and old individuals including celebrities showing off their dance skills.

Lil Kesh who was born and raised in Bariga, attended Stockbridge College for his primary and secondary school education. He also study Linguistics at the University of Lagos.

The singer got signed to YBNL, a record label owned by Olamide. Since then it has been a different story for Lil Kesh, droping hits back to back from “Gbese” produced by Young John to “Efejoku” which featured Viktoh.

Lil Kesh floated his own record label, YAGI records in 2016 following a two year expiration of his recording contract with Olamide’s YBNL nation label, although it has been proven that he is still affiliated with the label.

Lil Kesh reaching the very top of his music career has featured in so many tracks with collaborations from A-list artistes in the country. In fact one of the very track that i still love till date is “Dayanmo” by DJ Jimmy Jatt featuring The YBNL crew; Olamide, Viktoh and Lil Kesh. His lyrical prowess and attention grabbing chorus is just superb.

Lil Kesh had so many hit songs which is undeniably a perfect one for the dj’s and streets to groove and whine on the dance floor.

Some of his selected singles includes:

The album boasts of production skills from in-house producer, Young John and Pheelz.

Here some of the tracklist from the YAGI album:

Lil Kesh’s awards and nominations are:

The singer got an endorsement deal with Sure bet, a deal said to worth N11 million naira.

A young boy with lots of achievement, Lil kesh’s networth is believed to be $1million. He owns fleets of cars including the Range Rover that was presented to him on his 21st birthday.

That’s all for now about Lil Kesh biography, networth and endorsements. You can get to reach us through the comment section if there is any addition.