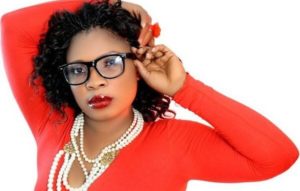 Laide Bakare is a Nigerian actress, movie producer and entrepreneur known for her outsnading roles in the yoruba movies.

She was born on October 7, 1980 and hails from Oyo state, a southwest part of Nigeria.

Laide Bakare got into avting through her father who owns a hotel where movie actors lodge.

The beautiful actress made her acting debut in 1999 where she starred in a movie titled “Adeyemi” as produced by Muka Ray.

She has also starred in over 50 movie which include Ore Meta, Asiri Owo, Okun Omo Iya and many others.

Laide Bakare had also revealed in an interview that she never got married to her supposed first husband, Olumide Okufulure which produced a daughter named Simi.

She got married to a new husband, Alhaji Atanda Orilowo which also produced two boys.