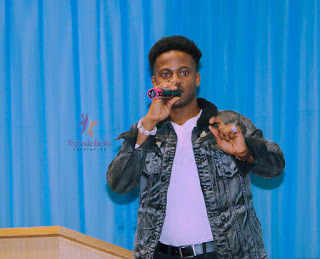 
Nigerian Singer and song writer, Korede Bello who became famous for his winks in music videos, was born on February 29, 1996 and hails from Lags state.

Who Is Korede Bello?

Korede is a Nigerian singer ans song writer. Korede which means harvest, has been able to breakthrough in the Nigerian music industry and has remained consistent evr since he came to limelight with the hit song “God win”, a semi-gospel and pop sound.

He has been able to carve a niche for himself with his unique voice and hair cut style to compliment his creativity.

Korede as he his fondly called, had his primary and secondary education in Lagos state.

He studied Mass communication at the Nigerian Institute of Journalism and holds a National diploma certificate. He is also an associate member of the institute of Information Management.

Korede Bello started singing at the age of 7 where he was known by the stage name “African Prince”.

He began his music career professionally while in secondary school where he recorded and released his first single “Forever”.

With his first single gaining positive reviews, the handsome singer was introduced by his manager, Casmir Uwaegbute to Mavin boss, Don Jazzy.

Korede got into got into the studio to record some songs with Don Jazzy who was extremely impressed. He got signed to the Mavin record label and then recorded some songs like “African Princess” and the very hit single “Godwin”.

Ever since he became one of the fans favorite, he has so many singles to his name which includes:

While
drawing inspiration from 2face and other notable top artistes, Korede
debut an official album titled ‘Belloved” at the heart of his loving
fans “Bellovers” meaning “Bell Lovers”.

Here is the album tracklist below: 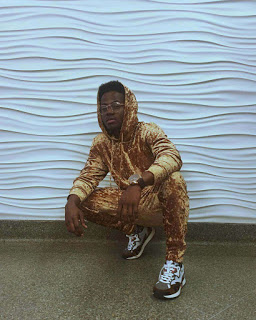 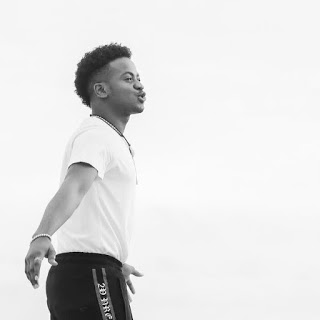 With much popularity, the singer
whose hit song “Godwin” gained massive airplays, has made over N100
million in his first year at Mavin records with millions of copies of
his songs sold out.

The singer signed a multi million naira endorsemnt deal in 2015 with Globacom.

The
young music star started started receiving awards back in 2014 where he
won the award for the most promising music act to watch in the Nigerian
Teen Choice Awards.

The singer was nominated twice in 2015 Nigeria Entertainment awards for the hottest single of the year and Best New Act.

Also
in 2015, he was nominated for the next rated award and song of the year
and got an award for best pop single. He also won the Best song o the
year at the 4th annual Global Icon academy movie awards.

In 2016,
he was nominated for Best collaboration for the song “Romantic”
featuring  Tiwa Savage at the Nigerian Entertainment awards while he won
the Pop artiste of the year at the City people entertainment awards and
Best contemporary afro video for “Godwin” at the 9th Nigeria music
video awards.