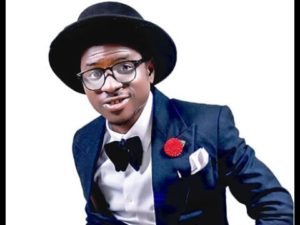 Kenny Blaq whose real name is Otolorin Kehinde Peter is a popular Nigerian stand-up comedian and singer born on September 30, 1994.

Kenny Blaq is known for his style of fusion of music, comedy and word play just like Julius Agwu and Klint da drunk.

His stage name Kenny Blaq was gotten from the combination of his first name Kehinde and his skin color “Black”.

He has been able to showcase his talent on different platform including his performance on stage both home and abroad.

He has also been able to carve a niche for himself as he’s fast becoming one of the most sought after comedian in the industry.

He is the last in a family of seven children born to Elder Moses and Eunice Otolorin in Ejigbo, Lagos State part of Nigeria. His family is blessed with two sets of twins.

It would be of interest to know that Kenny Blaq have a twin sister, Taiwo Otolorin.

Kenny Blaq started his comedy career in August 2008 and rose to fame in 2011 when he made his first appearance at the Calabar Carnival Laffmattaz.

Prior to fame, he had worked as a presenter on the Music comedy Cafe Talk show and also at SMA-FM, a college community based radio station. 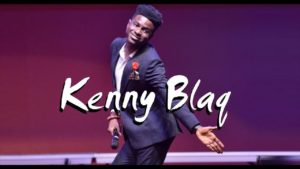 Ever since Kenny came to limelight, he has been on tour to different countries around the world such as France, England, Dubai, United Kingdom, Canada, America and on.

His professionalism in the industry has been on top notch.

Kenny Blaq is still very much single. He has revealed that he doesn’t want to be in a relationship now as he wants to remain relevant in the industry for many years. He’s probably waiting for his own perfect partner to get hook up with.

He has won numerous awards such as Winner of the Naija FM Comedy Awards, Comedian of the Year 2015, 2016, 2017 (Awarded to him in Egypt by the Middle East Africa Movie Awards), Future Awards Africa Comedy Act 2017, Best Comedy Act Nigeria.

Kenny Blaq is one of the most influential and talented stand up comedian in Nigeria with an estimated net worth of $100,000.