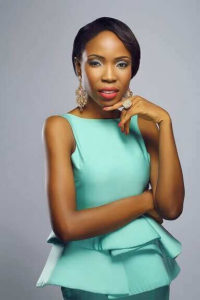 She’s a native of Ondo state and grew up in a family of 4 children.

Kemi is one of the most talented Nigerian actress with excellent interpretation of scripts and can fit in any role given to her.

She’s a versatile actress with roles from romance to intense drama on both stage and television.

1. Lala Akindoju was born and raised in Lagos.

2. She is the CEO of Make it Happen Productions.

3. She won a trailblazer award at the 2016 Africa Magic Viewers Choice Awards (AMVCA) for her role in the movie “Dazzing Mirage”, a movie which creates awareness for sickle cell anaemia.

4. Kemi Akindoju got married to her husband and celebrity chef, Gbubemi Fregene popularly known as Chef Fregz in a traditional wedding ceremony on September 16, 2018.

5. She attended Queens College for her secondary education and obtained a Bachelors degree in Insurance from the University of Lagos.

6. She also obtained a Masters degree in Media & Communication from Pan-Atlantic University.

7. Kemi Akindoju started her acting career in 2005 but came to limelight after her intriguing role in the movie Dazzling Mirage.

8. She has starred in more 100 movies which include; Suru L’ere, Alan Poza, The CEO, Fifty, Lara and The Beat, Okafor’s Law, The Royal Hibiscus Hotel, Potato Potahto.

9. She has won numerous awards such as; 2010Actor of the year at The Future Awards, Trailblazer award at 2016 Africa Magic Viewers Choice Awards, Most promising actor at 11th Africa Movie Academy Awards.

10. Kemi Lala Akindoju is one of the most influential nollywood actress with an estimated net worth of N80 million.