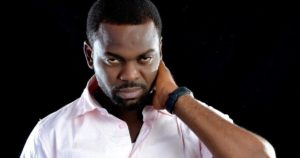 Kelechi Udegbe is a popular Nigerian actor, master of ceremonies and voice over artist born on September 28.

Kelechi is originally from Imo state part of Nigeria and attended Federal government college, Enugu for his secondary education.

Kelechi began acting professionally in 2009 where he auditioned and got a lead role in Wale Adenuga’s television series “Behind The Smile”. 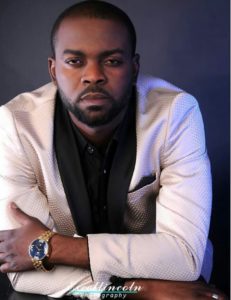 Kelechi came to limelight in his lead character in “Officer Titus” and since then he has been starring in numerous movies and television series such as Ojuju, Taxi driver, Oko Ashewo, Horn free days, Stormy hearts, Kpians: The feast of souls, Easy Access, Hotel Majestic and so on.

Aside acting, Kelechi is also a singer who was a member of the music group but opted out in 2003.

He also has a boutique and sell fashion accessories hoping to have his own clothing line.

Kelchi Udegbe has got himself nominations for Best actor in a comedy at 2015 and 2016 Africa Magic Viewers Choice Awards.