Frank Nneji is a Nigerian entrepreneur and politician born on April 30, 1960.

He had his early education in Imo state and obtained a degree at the University of Nigeria, Nsukka before attending Lagos Business School.

Frank is one of the most successful entrepreneur in Nigeria with several establishments..

He is one of the largest employer of Labor in Imo state and was named among the top ‘100 Tourism Personalities in West Africa’.

Just after Nneji completed his NYSC in 1983, he established Rapido Ventures Limited.

He came through with the business after being awarded a contract to supply a large volume of white boards to the Federal University of Technology (FUTO).

His Associated Bus Company business started after he got a loan of 1.5 million naira from Diamond Bank which he used to lease five HiAce buses. The company became the first transport company to become a Public Liability Company (PLC) and also popularized luxury bus service on the West African coast.

He is the chairman of the Rapido Foods Ltd, Transit Support Services Ltd, Mayfair Suites and Conference Centre.

Aside business, Nneji is also the candidate for the All Progressive Grand Alliance (APGA) at the Imos State Gubernatorial election for 2019.

Nneji is happily married to Ngozi Nneji and their union is blessed with four children. His wife is also a graduate of Zoology at the University of Nsukka.

Frank Nneji is one of the most influential Nigerian businessman with an estimated net worth of 6 billion Naira. 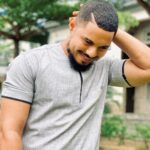 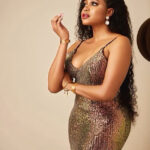