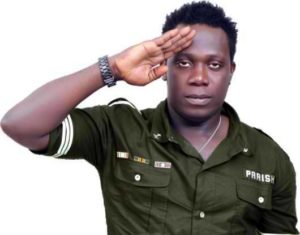 He is a native of Obio-Akpor, a small village in Rivers state, Southern part of Nigeria where he had his primary and secondary education.

Duncan Mighty started his career at a very tender age as an instrumentalist while playing drums in church and also acts as the choir director. Overtime, his interest in music grew which led him to study audio engineering in school. He also served as a sound instructor in his youth service for Benson and Hedges.

Duncan Mighty kiked off his career as a record producer in 2006 before delving into singing.

He relased hsi first album “Koliwater” in 2008 and had demonstrated a high level of genre versatility with his musical style as influenced by the sound and culture of his people with most of his songs being sung in his native Ikwerre tongue. The album comprises of 22 tracks with hit singles like Ijeoma, Scatter My Dada, Dance For Me, Ako Na Uche.

Wene Mighty drops his second album “Ahamefuna” meaning Legacy in 2010 with lesser number of 15 tracks than its previous one. The album was produced entirely by Wene Mighty with no featured artist and had hit singles like “I don’t give a shot”, “Obianuju” and “Porthacourt son” which gave him international recognition.

Duncan Mighty released his third album “Footprints” in 2012. The album consist of 18 tracks with features from the likes of Timaya, Wande Coal, Sandaz Black and Otuu Sax.

Port Harcourt first son as fondly called released his fourth album “Grace and Talent” in 2014 under his own imprint “Young Wealth Records” with contributions from the likes of Phyno, J Flux, Young Stunna, Tick Lips and many others.

Duncan Mighty released his fifth album in 2016 and took a break from the music scene.

The singer who has been away doing other businesses made a surprise comeback in 2018 when he dropped a Wizkid assisted single “Fake Love” and ever since then Duncan Mighty has been the rave of the moment with many collaborations from different top artists across the country from Reekado Banks to DJ Xclusive to Tiwa Savage, Flavour, Ceeza Milli and Bracket.

Duncan Mighty got married to his lovely wife, Vivien on July 25, 2015. The wedding ceremony was attended by several celebrities such as Yemi Alade, Phyno, Patoranking and many others.

Duncan Mighty is one of the influential and most sought after artist in Nigeria with an estimated net worth of $2 million.