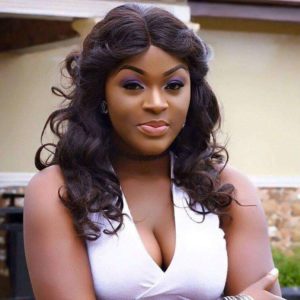 Chacha Eke popularly known as Chacha Eke Faani is a Nigerian actress born on May 1, 1993.

She is the daughter of Ebonyi State Commissioner for Education, Professor John Eke.

She attended ESUT Nursery and Primary school School in Ebonyi for her primary education and went to Our Lord Shepherd International School in Enugu for her secondary education. She also obtained a bachelor’s degree in Accountancy from Ebonyi State University.

Chacha is beautiful and talented, she has remained one of the most sought after actress with her exceptional roles in movies.

Cha Cha Eke came into the entertainment scene in 2009 and rose to fame in 2012 for her role in the movie “The End Is Near”. She also starred in the movie “Bridge of Contract” as directed by Ugezu. 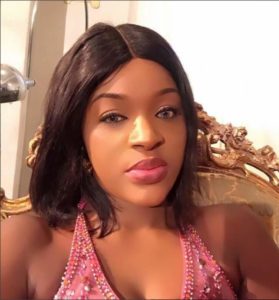 She has worked with other top actors in the nollywood scene which include the likes of Ini Edo, Patience Ozokwor, Chika Ike, Yul Edochie and many others.

Cha Cha Eke has starred in 50 movies such as:

Chacha Eke got married to the movie director, Austin Faani Ikechukwu in 2013 and their union is blessed with two beautiful daughters, Kamara Faani and Kaira Faani.

Chacha Eke is one of the of the most talented Nigerian actress with an estimated net worth of $400,000.