A Nigerian pastor with love for Gucci, Pastor Biodun Fatoyinbo has not only distinguished himself from the crowd, he has also set the trend for modern day gospel ministration.

Biodun is also known for his interactive and life changing sermons across the world. His church, COZA which started out in Ilorin with a small congregation, had since grown into a megachurch with several worship centres across the neighboring countries.

Fatoyinbo believes that Christians should be able to influence the society with kingdom principles and says his mission is “To raise a takeover generation”.

Bidoun is happily married to Pastor Modele Fatoyinbo, a Co-Senior pastor of Coza and their union is blessed with three children.

Him and his beautiful wife, Modele popularly known as Mummy D, are said to be in charge of the headquarters of COZA in Abuja.

He took to his Instagram page on December 11, 2017 to appreciate his wife for standing by him through the tough times.

Babe, we walked the streets of Ilorin together looking for people to preach the gospel to. We didn’t have no car, I had just one trouser, we didn’t have technology or finance to increase our reach, there were holes in your shoes. We had to do it one person per time. I’m fully aware that God will reward us for our labor, but I’m also thankful to The Methodist Church in Nigeria for presenting us with this Honorific Award for Evangelism! We haven’t lost that same passion and we never will! We are ever committed to winning souls for Christ!
Thank you Modele for always standing with me and running with the vision! I’m blessed to have you!

However, Biodun has been faced with several controversies online as regards infidelity. He was recently accused by Timi Dakolo’s wife, of an alleged rape. These brought about several mixed reactions.

Pastor Biodun Fatoyinbo net worth has not been estimated. 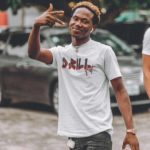