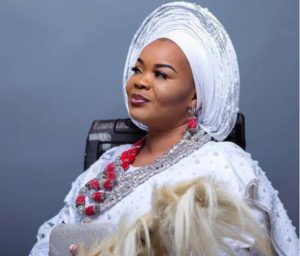 Bimbo Oshin is a famous nollywood actress, movie producer and director born on July 24, 1971 in Ondo state part of Nigeria.

Bimbo Oshin is the second to the last of the eight in her family. She obtained Bachelor of Arts degree at the University of Lagos.

The beautiful actress started acting in 1996 after being introduced into the Nigerian movie industry by a friend but came to limelight with a role in the movie “Akobi”.

She has since starred in several movies including Owu Iya, Omo oku orun and had also produced movie such as Eji Owuro.

Bimbo Oshin was married to Ola Ibironke and they both have two kids.

It was reported that she and her husband separated due to irreconciliable differences.