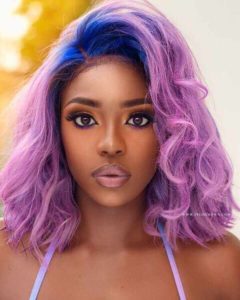 Beverly was born and raised in Lagos but originally hails from Delta state part of Nigeria.

She attended Daughters of Divine Love Convent, Enugu state and also got admitted at Babcock University to study Mass Communication but had to drop out for personal reasons and later she enrolled at the National Open University

Osu came to limelight after participating at the Big Brother Africa “The Chase” reality show in 2013 where she eventually finished at 5th position. 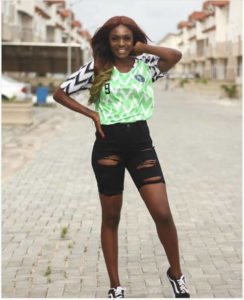 Ever since she rose to fame, Osu had worked with different concept studios, Clarion Chukwura clothing line and a brand ambassador for Ivie Hair.

Beverly had also appeared in quite a number of music videos such as Ice Prince’s “Oleku”, “Over Killing” by Djinee, “Boys are not smiling” by Terry Da Rapman and many others.

Beverly Osu has won numerous awards including Nigerian top Video Vixen and Dyamix Award for Model of the year in 2011.