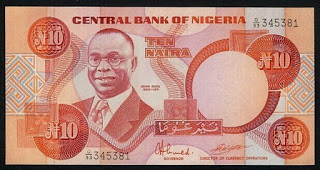 Here’s a brief facts about Alvan Ikoku, when he was born and the date he died, his ahievements while he was alive and so on.


So many people knew little about Alvan Ikoku apart from the usual Nigeria ten naira note bill whose picture appeared on.

Below are some facts about him:

That’s all for now. If there is any mistake o anything missed out here, kindly make amendment through the comment section.