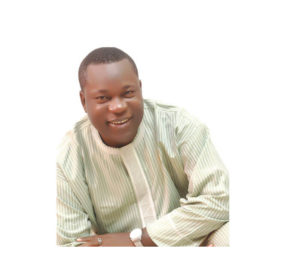 Aina Gold is a popular Nigerian actor and movie producer born on March 24, 1963.

He is a graduate of Yaba College of Technology (YABATECH) and started is acting career as an apprentice with Osumare theatre group.

He was also trained under the supervision of veteran nolllywood actress, Iya Rainbow.

Aina Gold got his first role in the movie “Erukeru” and since then he has starred in numerous movies such as Ageku Abela, Ilu Gangan, Akoto Olokada and many others.

Aina Gold has got a beautiful wife and has three children.

Asides acting, Aina is also an entrepreneur who is into real estate business.

No doubt, the talented actor who has made an impact in the industry is successful in his endeavours. He has a 3-storey building multi million mansion located around Alimosho local government in Lagos.