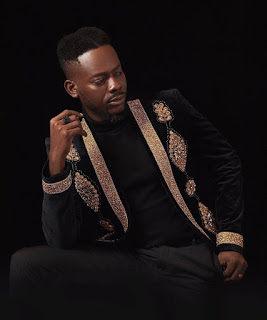 Award winning singer Adekunle Kosoko who is well known as Adekunle Gold is a highlife singer, song writer and performer born on May 28, 1987.


Adekunle Gold was born and bred in Lagos state part of Nigeria and originally hails from Isale Eko part of Lagos Island.

He was also born into the Kosoko royal family and he is the nephew of the legendary nollywood actor, Jide Kosoko.

The urban highlife singer who is said to be the only son of his parents also have three other siblings (sisters).

Adekunle Gold obtained a higher national diploma degree in Arts and Design from Lagos state polytechnic but decided to pursue a music career with influences from the likes of King Sunny Ade and Ebenezer Obey.

He started doing music at a very tender age where he joined his church choir.

Adekunle Gold began music professionally in 2014 where he released his first single “Sade” which was well received by music lovers and critics alike.

He began to soar higher when he caught the attention of the YBNL boss, Olamide with his originality, amazing vocal and good lyrical content which made Olamide signed him to the YBNL nation record label on march 5, 2015.

Adekunle Gold’s story changed for good all of a sudden and this inspired him to drop another hit single titled “Orente”, a song about romance and beauty of an African queen.

Sequel to the release of the two successful singles, Adekunle Gold surprised everyone with another hit track titled “Pick Up” which was also released in time for the festive season in 2015.

“Pick Up” became a street anthem among fans and they were left with a choice of song after his back to back hits.

The talented singer remained consistent and relevant with the release of his album titled “Gold” in July 2016. 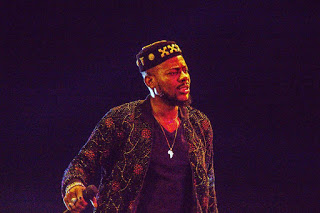 The album was received with open hands in Nigeria and also
considered as one of the best album even at a time where the quality of
Nigerian sound was being questioned.

With production credits from
the likes of B Banks, Masterkraft, Oscar Herman, Pheelz, Seyi Keyz,
mixing and mastering by Simi and Vtek, the album didn’t fall short of
expectation as it peaked at number 7 on the Billboard in its first week
of release.

His “Gold” album comprise of 15 tracks which include
Friend Zone, No forget feta. Simi, Call On Me, Only girl feat Moelogo,
Work, Paradise, Ariwo Ko, Beautiful night and many others.

Adekunle Gold parted ways with the YBNL record label after his contract expired and floated his own record label “79th Element”.

Apart
from singing, Adekunle Gold is alaos a graphic designer with an
exceptional skills in Photoshop. He is known to have designed the YBNL
logo.

Adekunle Gold was also rumoured to be in a relationship with the songstress, Simi but both have never confirmed it.

Although,
Simi is known to have mixed most songs on “Gold’s” album, so may be a
work relatiosnhip which exist between them is being misunderstood for a
romantic attachment.

Adekunle Gold has received many awards
including Best songs for pick up and Best new act to watch at the
Nigerian Entertainment Awards, Album of the year at the City People
Music Awards and so on.

Adekunle Gold was unveiled as the brand ambassador for Unity Bank on January 15, 2018.