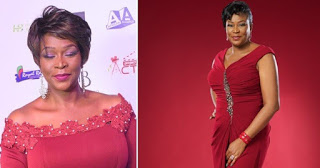 Carol King is a Nigerian actress, thespian and presenter born on 24 July 1963.


The actress who was born in Lagos to an Edo parents, attended St. Soweto primary school Lagos and Anglican Comprehensive High School, Lagos for her primary and secondary education respectively.

She obtained a Diploma insurance at Ahmadu Bello University before she got a Bachelor’s degree in Christian Religious studies at Lagos state University.

Carol career kicked off after she attended an audition for a radio drama “I Need To Know” and became a household name after starring in a role for the tv series Everyday People.

She has also featured in numerous stage plays and dramas including Pasito Dehinde, Dazzing Mirage and the gods are stiil not to blame.