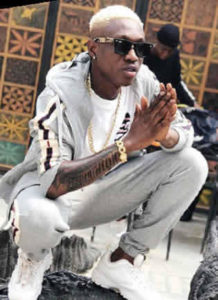 Zlatan Ibile whose real name is Omoniyi Temidayo is a Nigerian street music sensation, rapper and songwriter born on February 12, 1995.

Zlatan was born and raised in Lagos originally hails from Osun state part of Nigeria.

He is one of the fast rising talent that has been giving top Nigerian singers a run for their money.

No doubt, he is quite gifted, creative and fast becoming a force to reckon with in the industry with his amazing talent.

Zlatan may be the next street favorite after Olamide, LIl Kesh, Small Doctor and so on.

The singer who never thought that he would do music, started all the way in Church where he play drums.

After completing his secondary school education, he started following his friends to the studio out of boredom and became influenced.

Zlatan started his music career as a rapper while in the tertiary institution at Moshood Abiola Polytechnic where he won the rap competition organized by Airtel.

He won the One Mic Campus Tour at the age of 19, which witnessed an electrifying performance at the grand finale from the music talent 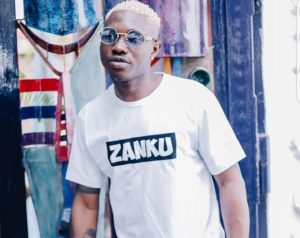 He first to rose to prominence with his song My Body featuring Olamide. The song went viral after a video of Davido dancing to it surfaced on Instagram.

Zlatan became a household name with the release of his hit single Zanku “Leg Work” which was accompanied with a dance moves. The dance went viral and became one of the favorite among the street.

He had since become one of the most talked about in the music industry with lots of good vibes and features to enjoy from him. He has worked with A-list music artistes including Davido and Burna Boy.

The singer makes most of his income from sales of his songs and performance at shows.

Zlatan Ibile is one of the talented Nigerian music sensation with an estimated net worth of $20,000.