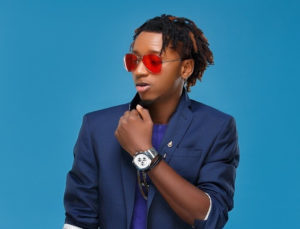 Self acclaim king of the South, Yung6ix whose real name is Onome Onokohwomo is a talented Nigerian hip hop recording artiste born on July 8, 1989 in Warri, Delta state.

Yung6ix is the youngest child in a family of five and originally hails from Ughelli North, Delta state.

He began music at a very tender age and developed a friendlier relationship with like-minded students, which led to the formation of the hip hop group G-Squad.

Yung6ix graduated from high school and relocated to western part of the country to pursue his music career. His first song “I’m An African” caught the attention of A&R Gbemi Ereku. He rose to fame with his cover version of “Oleku” which went viral on the internet.

He later release other singles off his Green Light Green mix-tape such as “So far Gone” featuring P. Fizzy which was a freestyle to Wiz Khalifa’s “This Plane” and “Plenty Money”. 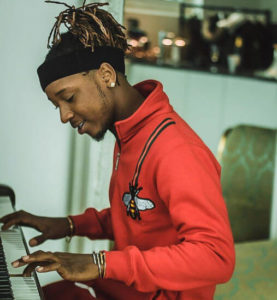 Yung6ix floated his own record label “Kash Kamp” which also housed the likes of Percy and talented producer, Otee Beatz. He also received an offer to partner with Trick Billionaire Musiq whose end result was taking Yung6ix and his brand out of Africa and sharing his brilliance with the rest of the world.

He released his debut album “6ix 0 Clock” on February 6, 2014. The album comprises of 16 tracks with features from the likes of Percy, Da L.E.S, M.I, Ice Prince, Yemi Alade, YQ and Wizkid.

He won the National Act of the Year at Abuja Music and Meritorious Award and has got numerous nominations such as Rap artiste of the year and Rap album of the year at City People Entertainment award, Lyricist on the roll and best rap single at 2012 Headies Awards, Most Promising Act at the 2012 Nigeria Entertainment Awards, Best Hip Hop Video at the 2013 Nigerian Music Video Awards and so on.

Yung6ix who moves to his new house in October 2013, also have different cars including a Range Rover Sport. His net worth is estimated at a sum of $1.5 million.