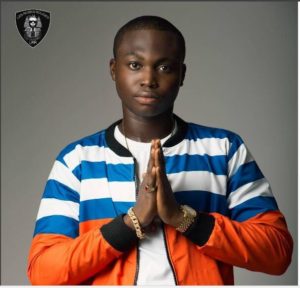 Agu Uchenna popularly known as Yovi is a Multi-talented Nigerian singer, producer and songwriter who came to limelight with his hit single “Amen”.

Yovi has been a music sensation with dropping hits back to back and no doubt he is fast becoming a force to reckon with in the music industry.

Lets get know more about the singer who has remained focus and consistent with his songs.

Yovi is a Nigerian singer and songwriter born in Ilorin in Kwara state part of Nigeria. He originally hails from Enugu state.

Yovi started his music career as a record producer under the name Lussy beats. After some months of producing songs, he came through as a music artiste and started reaching out to several people in the music industry. He was introduced by Terry G to Ayodeji Alawemo who listened to some of his records and co0ntacted his business partner Ronkay that they should sign him to their management company Regnum Dynasty and operate as a music label until they can get him a bigger label.

As time goes on, Regnum Dynasty signed a deal with Reminisce LRR records to have Yovi as part of their label. The agreement lasted for only one year after which Yovi continues with Regnum Dynasty as a label and management company.

Yovi first released the cover of Ycee’s song “Omo Alhaji” and named his won Shepesi. He rose to fame with his hit single “Amen” which was translated to different languages and remixes with other artistes. He followed up the success of the song with another massive hit titled “Osha Pra Pra” which recorded a massive airplay and became a street anthem among the fans.