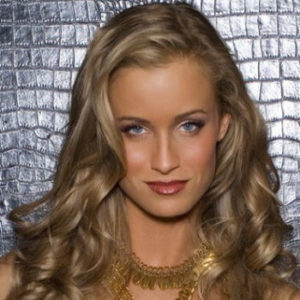 Michele is of mixed ethnicity of Swedish and Russia Jewish descent.

She is the youngest child and only daughter in a family of four children.

Merkin attended the University of California, Los Angeles where she studied medicine but left during the first quarter to become a professional model.

Michele started modelling at the age of 15 while in high school. She modeled for 15 years while living in Paris, Milan, New York and Los Angeles. She also appeared in magazines such as Elle Marie Claire, Harper’s Bazaar and Vogue. She has appeared in over 60 commercials, most especially campaigns for Clairol and the Nintendo video game Perfect Dark. 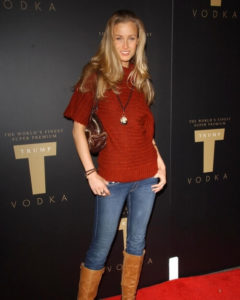 She was already 5 feet 11 inches tall at the age of 14, a height which has come to pave way for her.

Michele began as a television presenter in June 2005 where she co-hosted the television programme Foody Call with Rossi Morreale and also became a sideline reporter on the third season of Extreme Dodgeball which aired on the Game show Network in July 2005.

Merkin also ventured off cable television in May 2007 to host the television series The Next Big Thing which aired on American Broadcasting Company.

Michele Merkin is married to Tedd Waitt. Her husband is an American businessman and co-founder of Gateway, inc.