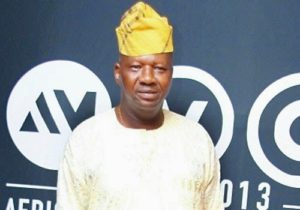 Babatunde Omidina who is popularly known as Baba Suweis a Nigerian comic actor and movie producer born on August 22, 1958.

He grew up in Inabere street in Lagos Island where he was born but originally hails from Igbogbo, Ikorodu local government area of Lagos state.

Baba Suwe as fondly called started acting at the early age of 18 but began professionally in 1972 while featuring in a soap opera titled ” Erin Keke”.

He came to limelight after strarring in the movie “Omo Lasan” as produced by Mr Obalende.

The talented comic actor who produced his first movie “Ba Oku” in the 90’s became more popular after starring in the movie “Iru Esin” produced by Olaiya Igwe in 1997.

In 2009, Baba Suwe lost his first wife, Omoladun, an actress whom he said was hypertensive.

In 2011, he was alleged of cocaine traficcking by the National Drug Law Enforcement Agency (NDLEA), an allegation which he denied.