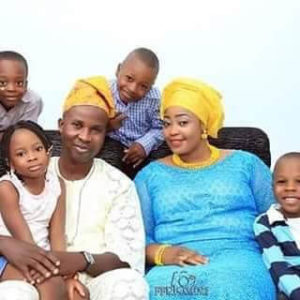 Wale Akorede who is popularly known as Okunnu is a nollywood actor recognised for his comic roles in yoruba movies.

He was born on November 5 in Ibadan where he was raised but originally hails from Ogbomosho in Oyo state.

After his secondary education, he studied Fine Arts at Ibadan Polytechnic.

Wale Akorede was a business man before he was introduced into the movie industry by fellow actor, Muyiwa Ademola.

Ever since then, he has starred in many movies including Ise Imole, Last days, Iyawo baba E, Olowo Laye mo and so on.

Okunnu as fondly called has a lovely family; he got married to a beautiful wife and their union is blessed with 3 children.

Wale Akorede is one of the most sought after and influential actor in the yoruba movie industry with an estimated net worth of $450,000.