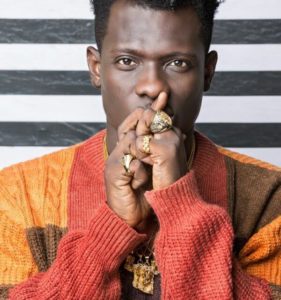 Here’s everything you need to know about the young and talented Nigerian singer Terry Apala from his biography, state of origin, tribe, home town, father, songs and net worth.

Terry Apala whose real name is Terry Alexandar Ejeh is a popular Nigerian singer, songwriter and performer born on October 31, 1988.

He was born and raised in Lagos where he had both his primary and secondary education but originally from Isoko part of Delta state.

Terry began doing music at a very tender age where he was a drummer in the church.

He rose to fame with the now defunct RnB group “Mezo Soprano” where he was the lead vocalist and earned them the first prize during the launch of the Kanu heart foundation in 2000.

They also performed alongside the music masters, Orlando Julius and ever since then, he has been a force to reckon with in the industry.

Terry whose style of music is Apala hip hop mentioned the late Haruna Ishola as his musical influence.

He released four hit singles Champagne Shower, Modernize, Omidan and Mo Popular, which shows clearly his talent in songwriting with a perfect blend of English and Yoruba lyrics.

Terry Apala is one of the most influential Nigerian singer who earns his money from music sales and shows. He’s believed to also have a fairly high net worth.