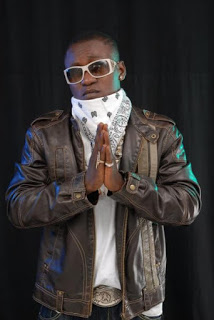 Lawal Olalekan Olumo who is popualrly knwon as Konga is a Nigerian singer and rapper born on 9th January in the city of Lagos.


He is atelnetd singer with diverse style and also the CEO of Funky Monkey Entertainment.

He started singing at a tender age and began his music career as a street freestylist at Ebute Metta area of Lagos.

He has a unique style of music with the infusion of his yoruba language and the Eno Language, which is basically a coded way of speaking when you don’t want others to know about your conversation. It was widely used by ladies wayback from Kwara and Badagry.

He kicked off with performances such as Indomie Groove under the auspices of Larry Kay Events in Universities and Polytechnics in Nigeria.

The music artiste who believes in consistency has done a ,lot of hit songs including “Ja won si” featuring 2Baba, “Lori Le” featuring X-Project, “Jedi Jedi” featuring Olu Maintain and has also featured some other top artistes such as Abass Obesere, Prince Adewale Ayuba, Malaika and so on.

He rose to fame in the Nigerian music industry with the release of “Baby Konga” which was widely accepted across the country.