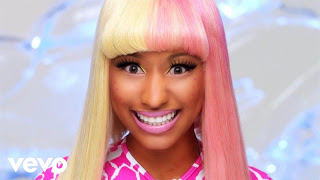 Who Is Nicki Minaj?

Nicki Minaj whose real name is Onika Tanya Maraj, is a hip hop artist and songwriter born on December 8, 1982 in Saint James, Trinidad and Tobago.

She later moved to Queens, New York at the age of 5.

Her father was a drug addict who had a history of setting the family home on fire in a failed atttempt to kill Minaj’s mother.

All these had given rise to the empowerment thing at the back of her mind where she said, “because i wanted my mother to be stronger and she culdn’t be, i thought if i’m successful, i can change her life.”

The rapper who came to limelight with tracks like “Super bass”, ‘starships” and “Anaconda”, was the first solo artist to have seven singles simultaneously on the Billboard 100 chart.

Earlier before, she came up with names like, “Cookie”, “Harajuku Barbie” and later finally settling for “Nicki Minaj”.

Nicki was discoered by the Dirty Money CEO, Fendi, who came across her Myspace page, loved what he heard and signed her to his label.

All these led to Minaj’s collaboration with Lil Wayne on a series of mixtapes which includes; Playtime is over, Sucka free and Beam Me Up Scotty. She signed to Lil Wayne’s Young Money label becoming their first ever female artist.

With her popularity, Nicki Minaj has benn able to boast of sevearl endorsement deals.

In 2012, she launched the Nokia Lumia 900 and also endorsed the 2012 Viva Glam campaign with Ricky Martin. 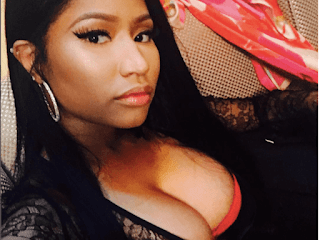 Nicki Minja has won several awards throughout her career. Some of them includes; BET awards, hip hop awards, Soul Train music awards and so on.

Nicky Minaj has also featured in sevearl movies such as:

Being one of th most influential rapper of all time, Nicki Minaj’s net worth is estimated at $75 million.

Some o her songs are: