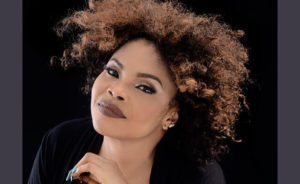 Lola Alao is from Igbira part of Kogi state in Nigeria.

She studied catering and Hotel management at YWCA before obtaining a Bachelors degree at University of Lagos.

She started her acting career with a role in the Nigerian television show “Ripples”.

Lola Alao has starred in over 100 nollywood movies including Ewe Koko, 5 & 6, Oku tee sin, Oko Nene, Oba Asa and many others.

She’s also a movie producer having produced over 30 movies under her production company “Lola Alao production”.

Asides acting, Lola also run two non-governmental organisations ; one in her daughters name, Damilola Ogunlana Empowerment Foundation and the other in her name, Lola Alao foundation.

She’s a beautiful woman with integrity and high class who changed her religion from being a muslim to christian for a reason known to her.

Lola Alao was once married to Dare Ogunlana and had a daughter Omowunmi before she met the American based Olawale Ajibola.

There were also rumours that she was dating senator Bukola Saraki but she denied the allegation.