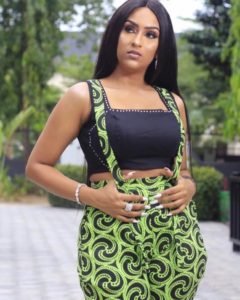 She’s not only beautoful but also talented. She does really stands out among the crowd with a pure fair skin and good-natured personality, at first you won’t even beleive she’s a Ghanaian. She’s also not only popular in the Ghallywood but also the Nollywood.

Juliet has warmed her way into the hearts of Ghanaain and also in Africa, she’s been said to be the “Most beautiful West African Woman” according to A-listers.

Now, lets take a look at other interesting facts about her.

Juliet Ibrahim who was born in Ghana is of mixed enthnicity; Lebanese, Liberian and Ghanaian descent.

She is the first child and has two sisters; sonia, Nadia and a brother of which she and her siblings spent most of their childhood in Lebanon and Ivory Coast due to war in Liberia.

Juliet Ibrahim started as runway model in Ghana where she had model for sevearl fashion brands including Dark and Lovely, GTP Fabric, Ghana-Royal Dennis, B exotic, Karim Isaka, Joyce Ababio and many others.

She launched her acting career in 2005 with the movie “Crime to Christ” and ever since then she has acted in more than 150 movies including Losing You and in the Eyes of my husband. 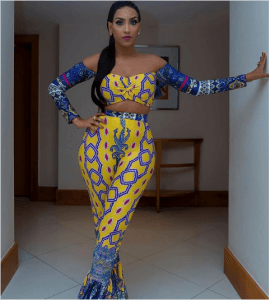 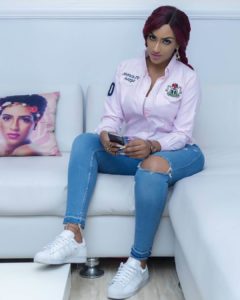 Nollywood also welcomed the actress with open hands with her first film being Yankee Boys.

She produced by her first film Number one fan and also a 2nd movie ‘Shattered Romance” which star Nigerian and Ghanaian actors. She has also featured in Yoruba, Hausa and Twi movies.

Juliet Ibrahim got married to Kwadwo Safo Jnr, a Ghanaian businessman in 2010 and divorced in 2014 with their union blessed with a son ‘Jayden Safo’.

After they both went their seperate ways, Juliet found love again the arms of a Nigerian singer and rapper, Iceberg Slim.

Juliet has received numerous awards including:

Juliet Ibrahim remains one of the most sought after Ghanaian actress with an estimated net worth of $550,000.