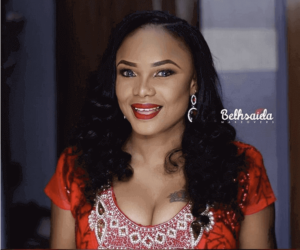 One of the very popular Nollywood actress Iyabo Ojo is not only talented but also beautiful so here’s a moment to know more about her.

Alice Iyabo Ogunro who is well known as Iyabo Ojo is a Nigerian actress, director and movie producer born on December 21, 1977.

She was born in Lagos but had originally hail from Abeokuta, Ogun state part of Nigeria. She is the only girl and youngest in the family of three children.

After her primary education, she attended National college, Gbagada for her secondary education and obtained a higher National Diploma (HND) in Estate Management at Lagos state polytechnic.

Iyabo Ojo started acting at a very tender age while performing in stage dramas at secondary school. She started acting professionally in 1998 where she joined the Nigerian movie industry after being introduced into the scene by actress Bimbo Akintola.

She acted her first role in an English film “Satanic” which brought her to limelight and in 2002 she starred in her first yoruba movie titled ‘Baba Darijiwon”.

Iyabo Ojo also started producing her own movies in 2004 with her first production being “Bolutife”.

She produced her first cinema movie titled “Silence” in January 2015 and it features quite alot of A-list actors including Fathia Balogun, Joseph Benjamin, Alex Usifo, Doris Simeon and many others.

Iyabo Ojo married at the age of 21 to a Lagos-based movie marketer in 1999.

Shortly after their wedding, she gave birth to a son, Festus Ojo and two years later she had a daughter named “Priscilla Ojo”.

The couple later divorced with the actress attributing the break up to her getting married very early and also sayinh she wants to remove her husband name Ojo from hers. 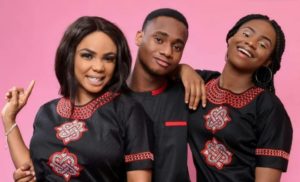 The light skin actress has starred in more than 200 Nollywood movies which include:

Iyabo Ojo’s daugher, Priscilla seems to have followed in the foot steps of her mother in terms of career wise and business as she’s also into acting and also have an online boutique just like her mother who owns a beauty spar and restaurant.

Iyabo Ojo remains one of the most sought after interest in the movie industry with an estimated net worth of $600,000.