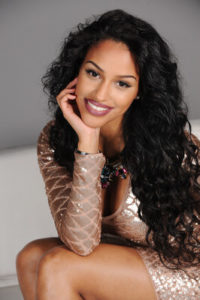 Fanny Neguesha is a popular Belgian and Italian model, singer, actress and media personality born on June 10, 1990 in Brussels.

Neguesha is of mixed ethnicity as her mother is of Rwandan, Egyptian and Congolese descent while her father is Italian.

She grew up in Belgium, Italy and Spanish Island Tenerife and can speak 4 languages fluently.

Fanny began her career as a model in 2010 after she got signed with the agency Lixya. She has appeared on the cover of Vanity Fair Italia.

Neguesha is very beautiful and has an attractive body figure with a height of 5 feet 7 inches. 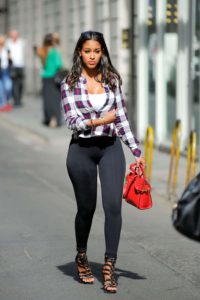 She started her singing career in 2016 after she got a recording contract with Def Jam France. She dropped her first ever single “Evasion” featuring French rapper Mac Tyler and followed it up with “Number One” and “Jober”.

Neguesha got engaged to Italian footballer Mario Balotelli in March 2013 and split in 2014 after months of engagement where she cited jealousy from Balotelli as the main reason for their split.

She started to date another football player, a Gabonese and Southampton footballer, Mario Lemina and had their first child named Isaiah-King Lemina on August 22, 2016.

Fanny Neguesha is one of the most influential Belgian model with an estimated net worth of $10 million dollars.