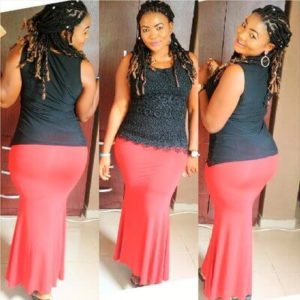 Evia who hails from Edo state and based in Abuja, was born in a family of six including a brother and two sisters.

Often known for her big backside, Evia Simon is such a talent who draws inpsiration for acting from watching movies at 14 years old. 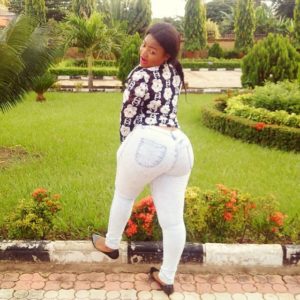 Her first movie as an actor starred the likes of late Sam Lolo and Rita Edochie.

She has also worked with the likes of Chika Ike, Segun Arinze, Jim Iyke and so on.