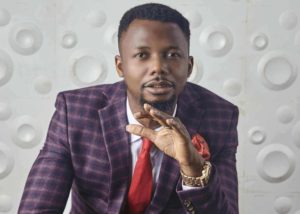 EmmaOhMaGod is one of the fast rising comedian in Nigeria known for his comedy skits online.

EmmaOhMaGod is popularly known for his video mix of funny clips and rendition of top notch celebrity’s songs.

He’s multi-talented; he is a musician, MC, on-air-personality, Tv presenter and producer.

Emma has carved a niche for himself in the comedic environment. He has shown what it takes to achieve success as talent is not just enough, it pays to work hard and make sure your talent takes you to wherever you want to go.

It is one thing to be funny and another to be able to translate your comedy through various social media.

With some of his works like Teletubbies in Ibadan, the Beyonce Single Ladies remake, Davido’s Aye remake and Chris Brown in Ojuelegba, he has proved himself to be one of the biggest comedian Nigeria has ever produced. 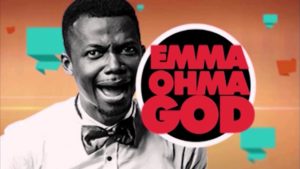 Here are the 9 things you probably don’t know about him.

1. His real Name is Emmanuel Edunjobi.

2. He originally hails from Ogun state.

3. He is the last born in a family of six children.

5. He plays musical instrument such as Guitar, Piano and Percussion.

6. He is a content provider and CEO OhEmGee Ltd.

7. He is a presenter for EbonyLife TV.

8. He has a YouTube channel which boasts of over 61,000 subscribers.

9. EmmaOhMaGod got married to his wife, Yetunde Shode on November 19, 2016 and they are blessed with a daughter.

READ ALSO: Woli Arole Bio, Age & 7 Other Things You Don’t Know About Him

Watch his EmmaOhMaGod comedy video below: