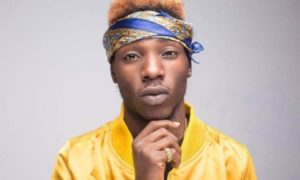 Davolee with the real name Shokoya Oluwasegunfunmi is a talented Nigerian rapper born on May 18, 1995.

He was born and raised in Isolo area of Lagos state but originally hails from Ogun state.

Davolee rose to fame for his story telling rap single “Festival Bar” which was accompanied with a music video directed by Moe Musa.

Davolee started doing music at very tender age and when he was not able to further his education due to hardship, he decided to give music a full time shot.

Prior to fame, the young rapper had sold pure water on the street of Mushin in Lagos.

Davolee who continued to share freestyles on Instagram soon came to limelight for his viral cover of “Panda”, a song by American artiste, Desiigner. 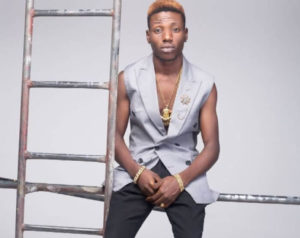 His talent didn’t go unnoticed as he caught te attention of the YBNL boss, Olamide and got signed immediately to the YBNL Nation record label on November 12, 2016.

Davolee became a street sensation and cemented his place in the heart of music lovers after featuring in Olamide’s smash hit single “Pepper Dem Gang”. The song received positive reviews from music pundits and critics alike and no doubt Davolee’s lyrical prowess is just something to put on repeat.

Davolee has also released other songs which include; “For the hood featuring” Olumix, Kilode, Cirocing Python and his recent fature on Juju, Guns & Roses by the YBNL Mafia, Picazo Rhap, Yomi Blaze and Limerick.

Check out Davolee Freestyle at MTV Base below: