The best songs of any band are widely known, and always delight fans on the playlist when they’re driving to work, playing online Casino Canada, or playing sports. But not everyone can name the best music videos that were ahead of their time and influenced the industry.

Such was the case with Queen: some hits did not receive a decent visual design, such as Another One Bites The Dust, and creative effort and funds were spent on bringing less interesting songs to life. Time Out has compiled the top 10 videos by the band Queen in honor of its leader’s birthday — Freddie Mercury would have turned 75 this month.

The six-minute hard rock ballad opera launched the band’s success and remains one of the most popular songs ever written. In 2019, the music video for it became the first pre-1990 video created on YouTube to reach a billion views.

Some people believe that Bohemian Rhapsody was the first music video, but this is not entirely true – the video for the song first helped promote the record. After that, music videos became an obligatory marketing strategy for musicians.

The title phrase of the song and the future name for Lady Gaga was invented by drummer Roger Taylor’s son. The music video for it became the most expensive in the band’s history, despite its generous use of World War II newsreels and footage from the 1927 silent anti-utopia film Metropolis.

The money went, for example, to employ extras who clapped to the beat of the chorus. The stunt looked even more spectacular when performed to an audience of 72,000 at Live Aid.

The music video for Taylor’s song for the movie “Highlander” is replete with the latest special effects of that time. The plot centers on Freddie the magician, who arrives at an abandoned London theater and transforms three local tenants, played by the rest of the band, into decent musicians. Together, they perform a song about magic, aided by animated images that have become iconic. At the end of the video, Mercury returns his one-time band members to their original appearance and mysteriously departs.

The video for Mercury’s song highlighted two important facts. The first is that Freddie had a great sense of humor. He sneers at himself and sings about a hard life surrounded by luxury.

The second – the vocalist’s interests were much broader than rock, unlike the rest of the band. May, Deacon, and Taylor did not even try to hide their displeasure in the frame and later said that the pompous style of the video was not to their liking. However, the clip looks luxurious, like films about the adored Freddie Marie Antoinette.

There is a myth that the song and the provocative music video were Freddie’s idea, who wanted so badly to claim homosexuality. However, the song was written by the father of many children, John Deacon, and Roger Taylor suggested dressing up as a drag queen for the video.

The latter made a frighteningly convincing schoolgirl, Deacon appeared as an old lady, Freddie Mercury wore a short skirt and heels, and Brian May wore a shirt and curlers. The British humor was not understood in America, where the clip was banned.

A train was used for the video embodiment of this composition written by Taylor – the musicians thought it would match the song’s fast-paced rhythm. They spent two days on the roof of a rented vehicle with accident insurance worth two million pounds. All participants were extremely positive about the experience. The proof can be seen in the smiling face of bassist John Deacon, who is usually not generous with emotion.

Taylor came up with the song inspired by the book of the same name. It was included on the album The Miracle but did not become very popular with the public, but the music video for the track remains a classic of the 80s.

In it, a boy plays the computer game “Invisible Man”. His task is to hit the “bad guys” in black, played by four musicians, with a laser. At one point they manage to escape from the virtual world, and they find themselves in the stunned teenager’s room.

The music video for Freddy’s song from the album of the same name can be called the most creative in the band’s history. In it, images of musicians stylized in the works of various artists play to a chilling audience of puppets. Mercury is depicted in the style of Da Vinci, John Deacon looks like Picasso, Brian May looks like the character from the Victorian period, and Roger Taylor looks like Jackson Pollock.

The clip features plasticine animation and newsreel clips. It won several professional awards and looks fresh in the 21st century.

Many took the lead line of the song (“I’m Going Slightly Mad”) as a tragic message about AIDS affecting Freddie’s brain function. However, the musician’s common-law husband revealed in a biography that Mercury was having a lot of fun while writing the surreal song. He did the same thing on the set of one of Queen’s most stylish music videos in February 1991. Despite his progressive illness, he joked, jumped, and had fun with a gorilla, rumored to be played by Elton John.

Roger Taylor came up with the idea for the song as he was reflecting on Freddy’s tragic diagnosis and remembering the band’s early years. In 1994, he called the track the best one he had ever written for Queen.

The clip was recorded on May 30, 1991, six months before Mercury’s death, in black and white to hide the extent of the musician’s illness. Freddie knows fully that this is his last message to his fans and at the end, he addresses the camera with the reverent I still love you. 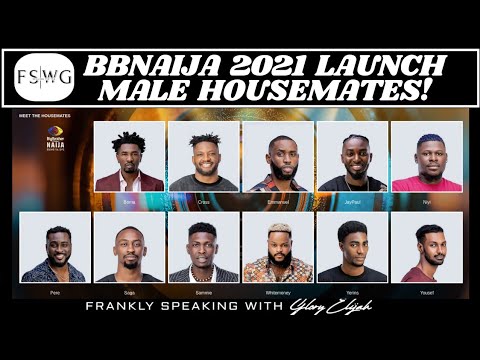