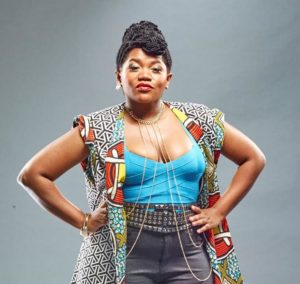 Busiswa Gqulu popularly known as Busiswa or Busi, is a South African singer, songwriter and poet born on November 27, 1988.

Busiswa came to limelight after being featured on DJ Zinhle song “My Name Is”.

Her Family relocated to Durban when she was very young and at the age of 15, she already had passion for writing poems where she performed her first poetry work at her grandmother’s funeral.

Her music career began when she was introduced to Sir Bubzin who featured her poem on his song “Syaphambana”. Busiswa and Sir Buzin were later signed to Kalawa Records by Oskido.

Even though she’s beautiful and highly energetic in terms of her stage performance, there is still more to know about her 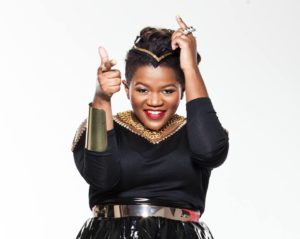 Here are the 5 other interesting things you probably don’t know about Gqulu.

1. She was born in Mthatha, Eastern Cape, South Africa.

2. She has got two albums to her credit. Her first album “Highly Flavoured” was released in 2017 and it featured the likes of DJ Maphorisa, Busi N, DJ Athie, Toxic and so on.. Her second album, Summer Life was released in November 2018.

3. She has got numerous accolades; she was named in Guardian’s Top 200 Young South Africans and won the Most Gifted Dance Video and Video of The Year at Channel O Africa Music Award.

4. Asides music and poetry, Busiswa also works for Arts For Humanity (AFH) where she provides workshops for school children as a means to help develop an appreciation for poetry and the visual arts.

5. Busiswa gave birth to a son named Lakhanya Gqulu on January 8, 2018. The name of her baby daddy is Katlego Mlangeni well known as Kaygee, a DJ.