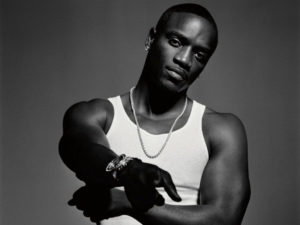 Akon is well known for his first single “Locked Up” which was released in 2004 from his debut album “Trouble”.

He has two record labels, Konvict Muzik and Kon Live distribution. which is a home to numerous artistes such as T-Pain, Lady Gaga, R. City. Kardinall Offishall, Red Cafe and so on.

Akon is a talented artiste with versatile genre of music from R&B, pop, hip hop to dance-hall. He also sings in other languages such as Tamil, Hindi and Spanish.

He is the first solo artist to hold both the number one and two simultaneously on the Billboard Hot 100 charts twice. He was listed by the Guinness Book of World Records as the number one selling artist for master ringtones in the world.

He has co-wrote and produced records for top artistes across the globe such as Lady Gaga, Leona Lewis, Colby O’Donis, Kardinal Offishall and many others.

Here’s more to know about the singer with an amazing voice that should blend on any beat from his background to list of albums, songs, his family life, career, net worth and more.

Akon who is originally from Senegal, was born in St. Louis, Missouri, U.S, to a traditional jazz musician father, Mor Thaim and his mother, Kine Thaim was a dancer.

Akon had his childhood in Dakar, Senegal where his parents had moved to after his birth. He lived there till he was 7 years old and he moved with his family to Union City, New Jersey. When Akon was in the high school, his parents left him and his elder brother in Jersey City and moved to Atlanta, Georgia with the rest of the family.

He later attended Clark University in Atlanta, Georgia and left just after the first semester to focus on his music career.

Akon’s love and passion for music started at a very tender age with the musical influence of his family. He had learned to play musical instruments such as Guitar, drums and djembe during his childhood.

Akon whose alleged three years in jail made him recognize his music talent, came to limelight with the release of his debut album “Trouble” in 2004. The album produces hit singles such as Locked up, Lonely, Belly Dancer (Bananza), Pot of Gold and Ghetto which became a radio hit when it was remixed by Dj Green Lantern with verses from 2Pac and The Notorious B.I.G.

From Akon’s songs intro with the sound of the clank of a jail cell’s door with him saying “Konvict”, you could easily guess what he has been through and his past story.

Akon later released his second album “Konvicted” in 2006 under his own imprint, Kon Live Distribution and Konvict Muzic. The album became more successful with more record charting singles such as “Smack That” featuring Eminem and “I Wanna Love You” featuring Snoop Dogg. He also wrote and released an apology song “Sorry, Blame it on Me” for his improper onstage behavior with a 15 year old girl at his concert in 2007.

He released his third album “Freedom” in 2008 with also numerous hit singles you can’t stop listening to. Some of them include; “Right Now – Na Na Na”, “I’m So Paid” with a remix featuring Jeezy and Lil Wayne, “Beautiful” and “We Don’t Care”.

Akon had co-wrote and produced songs for Lady Gaga’s hit “Just dance”, Leona Lewis single “Forgive Me”, Natalia Kills debut single “Mirrors” and had collaborated with the likes of David Guetta on “Sexy Bitch”, Pitbull on shut it down. He also worked on Whitney Houston album “Look to You” where he had featured on the song “Like I Never Left” and released the song “Hold My Hand featuring the legendary pop star, Michael Jackson after his death in 2009.

He sang a song “Chammak Challo” as the soundtrack of the Bollywood film ‘Ra.One’ featuring Shahrukh Khan and Kareena Kapoor. On the song, he teamed up with the popular Indian music director duo, Vishal-Shekhar.

Within 2015 and 2016, Akon had also released numerous hit singles such as “Want some”, “Hypnotized” and “Good Girls Lie” upon striking a deal with Atlantic records.

Aside singing, Akon made his acting debut in 2012 with a role in the Nigerian-American film “Black November”. He also worked alongside Hayden Christensen and Adrien Brody in the movie “American Heist” in 2014. He also appeared in the Chinese reality TV show ‘I Am a Singer’ alongside Taiwanese singer Jeff Chang.

Akon also has two clothing lines, Aliaune and Konvict clothing. Konvict clothing features urban streetwear, including denim jeans, hoodies and T-shirts while Aliaune is the upscale version for males and females which includes blazers and other items. 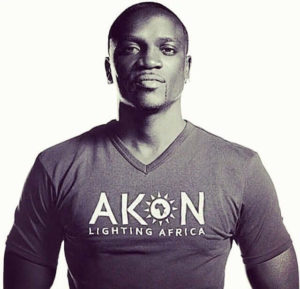 Akon is the founder of Konfidence Foundation which is a charity for under priviledged children in Africa. He also started a project Akon Lighting Africa in 2014 which main objective is to provide electricity in 15 countries..

Akon revealed that he has six children with three different women. He is also a type that likes to keep his family private.

Akon has won several award in his career which include:

Akon is one of the most influential American singer and record producer with an estimated net worth of $80 million.