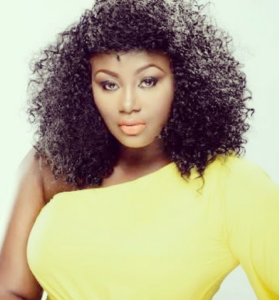 Big, bold and beautiful Adaora Ukoh is a popular actress known for her role in the movie “Black Bra”.

Adaora was born on April 27 in the early 80’s in Awka to Mr & Mrs Mansuetus Ukoh and hails from Njikoka local government area of Anambra state.

She is the first child in a family of four children, 2 boys and 2 girls and was raised in Lagos with her other siblings.

She attended St Johns college for her secondary education and obtained a degree in Law from the prestigious University of Lagos. 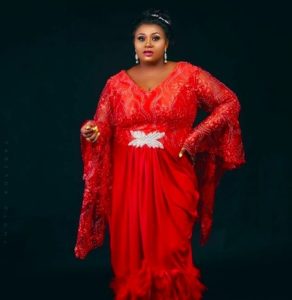 Adaora started her acting career at a tender age of 16 with her first role in the movie “Evil Genius” which featured veterans such as Zack Orji, Pete Edochie and Regina Askia.

Ever since she came to limelight, she has starred in over 100 nollywood movies which include; Bora, Karashika, Blood Money, Rituals and so on. She also starred in the television series “Lekki Wives”.

Ukoh also hosted a female empowerment show “Divas Dynasty” which was aimed at celebrating the icons of our time.

She also launched her clothing line “Adaora Couture” in 2012 which was meant to cater for every plus sized ladies.

Adaora Ukoh is married to Captain Basil Eriofoloh. She and her husband are blessed with a son which she gave birth to on March 19, 2016 at Saint Peter University hospital, New Jersey, United state of America.

You can reach out to her on Instagram @adaoraukoh