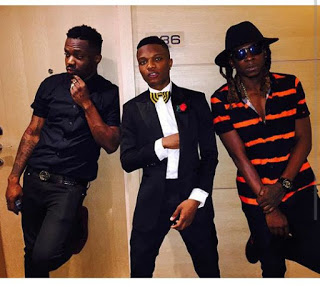 Right after his collegue and rival Davido signed Dremo and Mayorkun to his new label, the “babanla” crooner jetted to Ghana to sign some of Ghana’s biggest music stars to his label “Starboy worldwide”.

He made the interesting announcement right after his performance at the Vodafone Ghana Music Awards #VGMAs2016 where he emerged as African Artiste of the year. He also added that Paedae of R2bees aka Omar Sterling, is the president of the newly expanded Starboy imprint. The pop star took to his official twitter account to share the news to his fans.

Hopefully, Wizkid will be doing this deal to a lucrative venture for all the parties involved! See Wizkid’s tweets below; 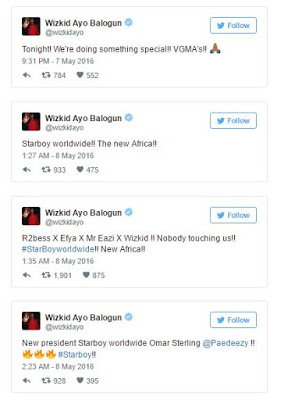