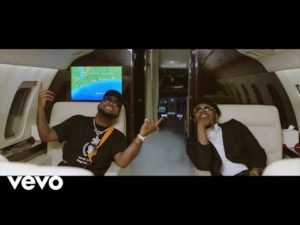 Off his much anticipated album “No Bad Song”, Kizz Daniel comes through with the official video for his smash hit “One Ticket” featuring Davido.

One Ticket is another smash hit which sees a hit maker collaborates with another hit maker on a beat produced by Major Bangz.

The duo effort is being utilized properly as it gets a lovely visual treatment to make it more appealing to music lovers.

The new video to the song which is directed by Ovie Etsayatse is one that will make you wanna bath without water.