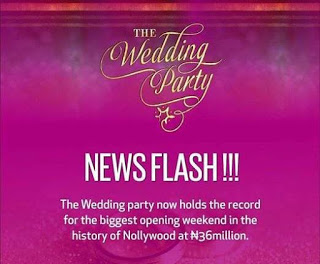 One of the most anticipated Nollywood movies of the year, the Kemi
Adetiba directed ‘The Wedding Party’ has hit heights never before
reached in Nollywood.


According to Ebony Life president, Mo Abudu, The Wedding Party now
holds the record for the biggest weekend opening for a Nigerian movie
after making N36m in cinemas across Nigeria in just 3 days.

Co-written by Kemi Adetiba and Tosin Otudeko, the romantic comedy, The Wedding Party finally opened in Nigerian cinemas on Friday, December 16, 2016.
In a celebratory instagram post, she congratulated all the stars of the movie

Congratz to the entire crew 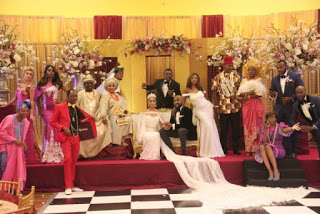