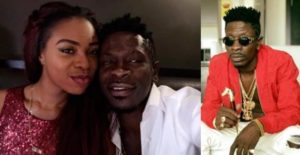 Ghanaian singer, Shatta Wale has revealed the reason why he allowed his ex-girlfriend sleep around.

The controversial singer opened up after he made it known that he allowed his ex-girlfriend, Michy sleep around with other men.

Shatta Wale disclosed on snapchat he allowed men to sleep with his ex-girlfriend for cash. He also continued to say that he’s only worried left Michy left because she said she’s tired of doing that business.

Although there have been rumours in the past about people sleeping with Michy and musicians like Yaa Pono and Ara B all said it in songs. 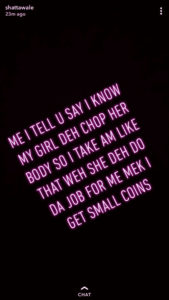