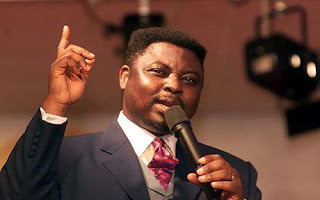 Popular Nigerian Pastor and founder of Kingsway International Christian Centre located in the UK, Matthew Ashimolowo,
has lost $4.8 million (more than N235 billion) to a Ponzi scheme after members on the board of his church invested the money into the scheme.

The ponzi scheme is owned by former Premier League soccer player, Richard Rufus, who used to be a defender for Charlton Athletic.

Christian Post who shared a report of findings from an inquiry published on December 14th by the Charity Commission for England and Wales, disclosed that the church had a net loss of about $4.8 million (£3.9 million) after its trustees invested over $6.1 million (£5 million).

Kingsway International Christian Centre was the single largest investor in the scheme. The Charity Commission in the report presented after its investigation, stated that the church’s trustees made an initial investment and entered into an agreement in which they were guaranteed that the church’s investment would earn a profit of about 5 percent per month, with the exception of August and December when they were guaranteed profits of about 2.5 percent.

“The inquiry established that in practice, however, the investments resulted in a net loss of £3.9% million to the charity,” the report explains The report states that the church’s trustees who handed over the funds were guilty of “mismanagement.”

The commission found that the church’s trustees did not “exercise sufficient care when making the decisions to invest £5 million of the charity’s funds through the ex-trustee’s investment scheme.”