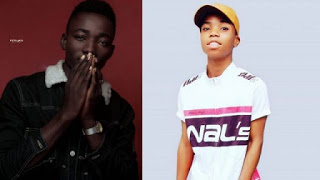 YBNL boss, Olamide is about to give Nigeria, Africa and the world alike a new feeling as he unveils two new acts, Limerick and Lyta.


Olamide who has been having a busy schedule this week from colaaborating with Ric Hassani and Skepta to droping teasers for his aniticipated music video for “Science student”.

He has now introduced new acts, rapper Limerick and singer Lyta via his instagram page and also shared music videos for their new songs where they both featured him.

Watch the video and see what the new acts sounds like.

I reaaly hope you enjoy this two acts just like we had enough hits back to back with his former label mates, Lil Kesh, Chinko Ekun and Adekunle Gold.