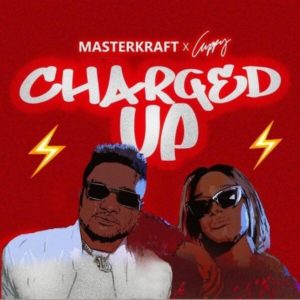 Ace producer Masterkraft teams up with the amazing female disk jockey, DJ Cuppy on the new song dubbed “Charged Up”.

Masterkraft has remained relevant with impressive releases in the year such as his recent Rumination EP and the official video to the smash hit sinle “Kere Oh!” enlisting the services of the street sensations, CDQ, Magnito and Brodda Shaggi.

Cuppy isn’t left out of the game with consistency in the music industry after churning out hits upon hits including her collaboration with Tekno on “Green Light”, her song “Vybe” with Ghanaian rapper, Sarkodie and her recent one with L.A.X on “Werk”.

And just when the year is about to come to an end, Masterkraft and Cuppy join forces to bring up another lovely tune to wrap up the year.

Listen to “Charged Up” and tell us what you think.